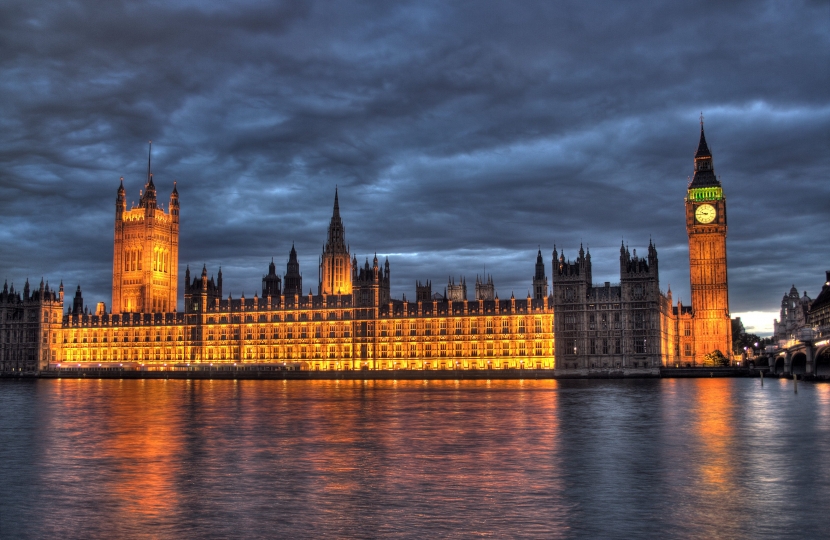 I do not think anyone seriously doubts the barbarism of Daesh or its determination to attack Western democratic society. The terrible events in Paris on 13th November were very good evidence of that on top of the deaths of many innocent people at their hands before that. I believe their determination to attack us has very little to do with our foreign policy choices and much more to do with the choices we have made to live in a society that promotes freedoms and equalities that Daesh will never accept.  There is therefore no negotiation to be undertaken with them.

I have no doubt that we are entitled to defend ourselves from the threat Daesh pose and that force is necessary to do so. Those orchestrating past and future attacks are located in an area of Northern Syria where they cannot be arrested or detained.  The question is therefore whether what is proposed will be an effective response to the Daesh threat.

I believe so for two reasons. First, it is important to recognise that British military force is being used against Daesh already in Iraq, which was commenced with overwhelming Parliamentary support last year. Daesh pose an evident and current threat to the legitimate government of Iraq, which we support, but orchestrate that threat too from their headquarters in Syria. The border between Iraq and Syria no longer exists for most practical purposes and is ignored by Daesh, which moves across it at will. Our inability to do the same means we cannot fulfil our current commitment to defend the legitimate, moderate government of Iraq from the extremist threat it faces in the most effective way.

Secondly, it is true that the threat we undoubtedly face here at home from Daesh will not be defeated by air strikes, or even broader military action alone. It will also require action to prevent Daesh receiving funds, it will need a diplomatic process leading to a Syrian government which can take control of all of Syria and govern in the interests of all its people, and it will need ongoing humanitarian support and longer term stabilisation of that country. The need to do all these things is recognised in the motion before the House of Commons.  It is also true that ground troops will be needed to finally defeat Daesh, which will not be British, but the success of such ground forces against Daesh is less likely if we do not intervene from the air on their behalf.

We should not ignore the recent United Nations Security Council resolution, passed unanimously, which calls on UN Member States with the capacity to do so to take ‘all necessary measures’ to prevent and suppress Daesh’s terrorist acts and to ‘eradicate the safe haven they have  established over significant parts of Iraq and Syria’. Frankly, it is hard to see how we could answer that urgent call from the UN without the use of force.

We should of course realistically accept that Daesh will not be defeated overnight by our extension of air strikes against them from Iraq to Syria. This is a complex problem which will not be resolved quickly or easily, but I am persuaded that damaging Daesh’s capacity to attack Iraq and to attack us, in conjunction with strong allies who are asking for our help, and as I believe our armed forces are capable of doing, is worthwhile and necessary to save the lives of our citizens and those of other countries. For that reason I support military action against Daesh in Syria and I voted accordingly.

As you will know, Parliament approved military action by a substantial majority and with the support of MPs on both sides of the House of Commons.