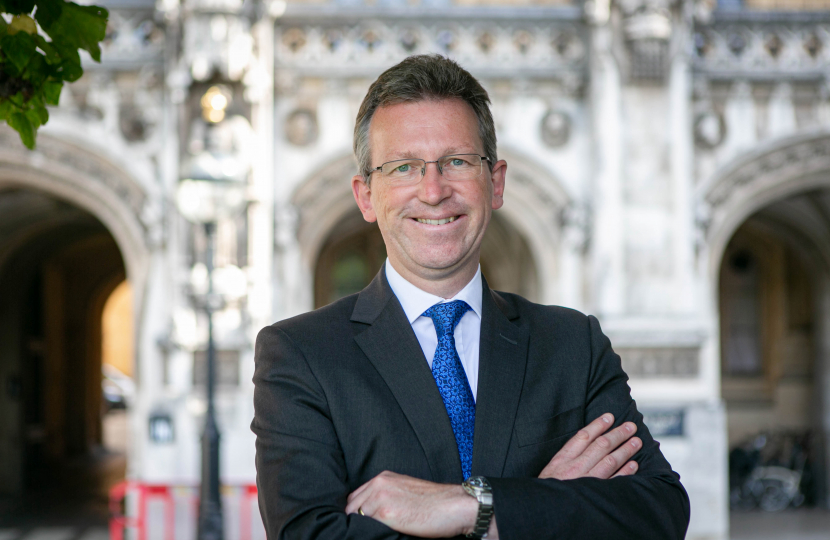 My parents were both teachers. My brother and I went to the local primary school and then I won a scholarship to Taunton School. From there I went on to read Law at Exeter University.

As a family we were not party political but we always talked about current affairs so I became interested in politics.

After university I pursued a career in the law because I had always wanted to be an advocate. I have always derived great satisfaction and a sense of fulfillment  from helping someone to make their case, but I began to think how much better it would be if, rather than just representing one person as a barrister, I could represent thousands of people as their Member of Parliament.

That led to me seeking selection as a prospective parliamentary candidate for the Conservatives. I was delighted to be chosen to represent the party in Rugby and Kenilworth in 2003, and even more delighted to win the seat back from Labour in 2005. Following a Boundary Review, I have been elected as MP for Kenilworth and Southam in 2010, 2015, 2017 and 2019.

In Opposition I was a member of the Justice Select Committee and I founded the All-Party Parliamentary Group (APPG) on Dementia. I chaired the group until 2010 when my appointment to the Government, as a Whip, meant that I could no longer continue in this role.

In 2012 I was appointed to the position of Parliamentary Under-Secretary of State at the Ministry of Justice with responsibility for the prison service, probation, rehabilitation and sentencing.

I served as Secretary of State at the Department for Digital, Culture, Media and Sport from 9th July 2018 until the new Prime Minister took office on 24th July 2019.

I am currently a member of the Committee on Standards in Public Life, The Intelligence and Security Committee of Parliament (ISC) and I chair the APPG on Digital Regulation and Responsibility.