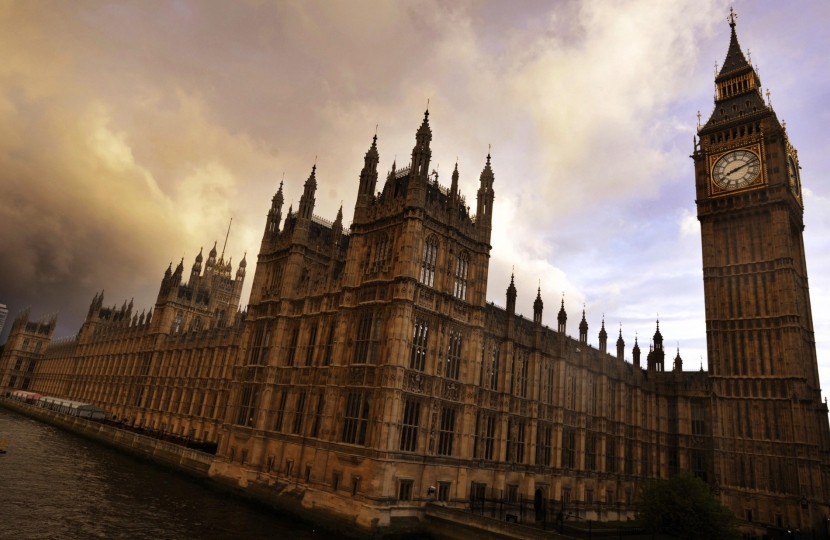 The legislation authorising construction of the HS2 railway line moved to the House of Lords on Wednesday, having passed its ‘Third Reading’ stage in the House of Commons with a majority of 357. Approval of the Bill by the House of Commons was never in any doubt, given the support for it from all major political parties and following a similarly huge majority in favour of its Second Reading.

The HS2 project continues to pose significant problems for a number of my constituents however with, in particular, substantial disruption in prospect for the lengthy construction phase and, most seriously in my view, real difficulty for many living near the proposed route of the line, and needing to move house, in obtaining anything like the value their homes would have had if HS2 had not been announced.

My argument has always been that, although I think there is real merit in a high speed rail network in the UK, high speed railway lines would achieve their objectives with much less damage if they follow existing transport corridors, running alongside roads or railway lines which have already been constructed and which have already caused blight to the areas in which they are located. I regret that this argument to change the route of HS2 has not been accepted. In its current form therefore, HS2 is not a project I can support and I did not vote for it on Wednesday.

However, as a result of much work by many people, the proposed route for HS2 as it now stands is less detrimental to my constituency overall than the route first announced in 2010. Although I am not suggesting of course that the revised route is better for communities near it than no HS2 at all, I am in no doubt that for the villages of Burton Green, Stoneleigh and Ladbroke, for example, the current route is a considerable improvement on the original. It is also the case that, for example, traffic management measures in several locations have been improved, the tunnel under Bascote Heath has been lengthened and the effect of the line on Kenilworth Golf Club markedly lessened. I would, of course, have preferred these improvements to have been delivered with less resistance on the part of HS2 Ltd and with less effort required of many of us who argued for them, just as I would have liked to have seen more of them, but they are real improvements which mitigate the effect of HS2 on many of those I represent.

As I mentioned earlier, I consider the compensation arrangements for HS2 to be a very important aspect of the project. I have shared the frustration of several of my constituents at the often slow, sometimes downright obstructive approach of HS2 Ltd to negotiations about buying their evidently blighted homes, especially under the now defunct Exceptional Hardship Scheme. Justified frustration remains in a number of cases which still have not yet been resolved. However, I recognise that the Need to Sell Scheme, which effectively replaced the Exceptional Hardship Scheme, has been a real improvement and, in my experience, it has paid out to more homeowners and in amounts generally fairer to those claiming. This is not to say that all problems have been resolved, but the situation is now significantly better. I am also confident, following sustained lobbying by me and by others, that further improvements to the Need to Sell Scheme will be made, making compensation more accessible for more of those who deserve it.

I have never opposed HS2 on principle, despite those affected by it understandably urging me to do so, because I believe, as I have said, that a high speed network can play a positive part in our national transport network. I have made that view clear in successive General Election campaigns. My conclusion at this stage of the legislative process therefore is that while I believe HS2 could and should be improved further, the improvements to the route and to the compensation available to those affected which have been made or which are underway must be recognised. So, although the current version of HS2 has not had my positive support at any stage, in the light of those improvements and of the broader case for high speed rail, it would not be right for me to actively vote against the whole HS2 project. I have therefore abstained on the Third Reading of the Bill. I have done so after much thought and I recognise that my decision will come as a disappointment to those who, even at this late stage, would wish me to oppose the project in principle, or who do not accept that there have been any meaningful improvements to it. I do not share their view and I have sought to explain here why I do not, although, of course, I should make it clear that my office and I will continue, as we have for 6 years now, to devote considerable time and effort to assisting constituents affected by HS2 as the Bill progresses.