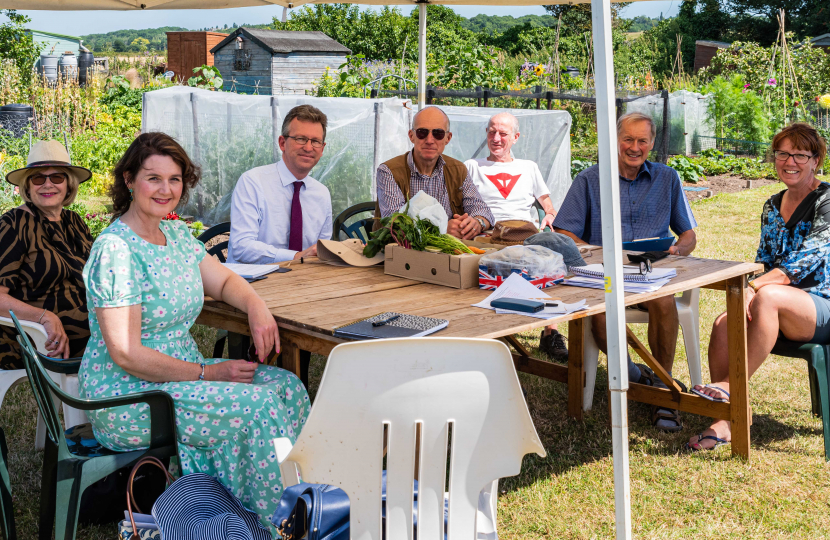 I met members of the Wellesbourne Allotments Association together with Cllr Anne Parry (Stratford District Council) and Cllr Penny-Anne O’Donnell (Warwickshire County Council) recently to discuss concerns that the Wellesbourne site has been included in SDC’s Site Allocations Plan as a Reserve site for developers.  The plan is available for public consultation until 29 July: https://www.stratford.gov.uk/planning-building/site-allocations-plan.cfm

I have long made the case to Coventry Diocese (which owns the site) that the allotments are an intrinsic part of the Wellesbourne community and provide many benefits to both the allotment holders, including those who have dementia and their carers who access the Dementia Friendly Plot, as well as a host of environmental benefits including reducing “food miles”.

I am writing to the Planning Inspectorate to urge them to review this issue and I will also be making a submission to the consultation.