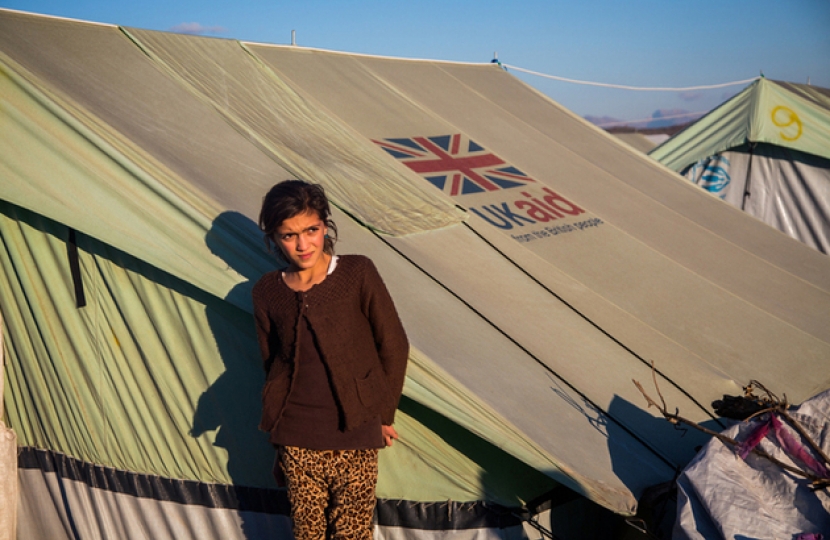 The present situation in the Mediterranean is intolerable.  Recent photos are clearly shocking and harrowing. This is why we continue to be at the forefront of the international response to the humanitarian crisis in Syria – including as the second biggest bilateral donor of humanitarian aid, having already pledged £1 billion. In addition to this financial support, we have granted protection to almost 5,000 Syrians since the crisis began and continue to tackle the organised trafficking gangs seeking to profit from this human misery.

I am glad that we have sent the Royal Navy to the Mediterranean, saving thousands of lives; that we meet our commitment to spend 0.7 per cent of our economy on aid; that Britain is the second biggest bilateral donor in the world to Syrian refugee camps; and that since the crisis began we have granted asylum to nearly 5,000 Syrians and their dependents.

But we can do more. I am glad the Prime Minister has proposed that Britain should resettle up to 20,000 Syrian refugees over the next five years. These refugees will come straight from the camps in the Middle East to discourage refugees from taking the perilous journey across the Mediterranean.

This problem is not new but it is growing. It demands a clear response from European nations, and if we are to stop it, we must adopt the right approach. We cannot do anything which encourages more people to make these perilous journeys - or which makes it easier for the gangs responsible for their misery. That is why the UK will not participate in a mandatory system of resettlement or relocation.  The UK has sent HMS Enterprise, along with border patrol cutters, having previously deployed the flagship HMS Bulwark, which rescued 6,700 migrants during its deployment.

The EU should work to establish safe landing sites in North Africa, underpinned by an active programme of returns. We should use military, intelligence and crime-fighting assets to deliver search and rescue mechanisms, and also crack down on the traffickers who are putting people at risk, helping them build a better life in other countries rather than trying to make the dangerous journey to Europe. We must use our heads as well as our hearts to address this issue.