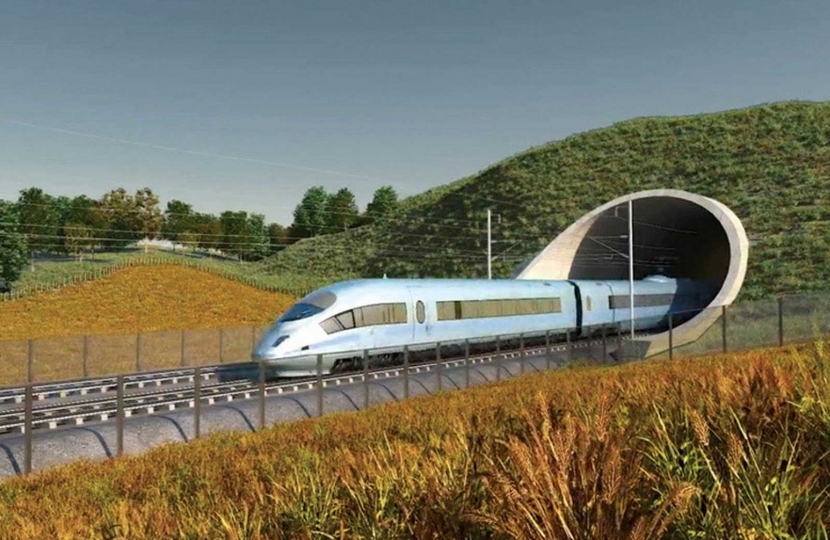 Scope of the Review

I welcome this review into HS2 and its openness to the full range of outcomes – including cancellation and substantial revision of the project. I am concerned however about what conclusions may be feasible in what I understand to be the 4-week timescale the review is operating to. It goes without saying that HS2 is an immensely complex project with many areas of concern. I can accept that it may be possible for the review to conclude, within the available time, that the project should be cancelled altogether or proceed as planned, perhaps with minor alterations, but I do not see how the review can properly consider, test and recommend fundamentally different ways of delivering HS2 within 4 weeks. I intend to use the remainder of my submission to the review to argue for significant revision to the route and to compensation arrangements and would be grateful for confirmation that, in the event that the Panel finds such submissions attractive, it will be able to recommend to the Government that they are considered further.

In view of the limited time available for the review and the large number of submissions it will doubtless receive, I have tried to keep this document short and to focus on 2 areas – the route and compensation arrangements, where I believe change is desirable. I am at the Panel’s disposal to discuss these areas or others in more detail if that would be helpful.

The current route for HS2 was designed to achieve the fastest journey times, leading to the straightest possible line with the fewest curves and inclines. At that time the primary justification for pursuing HS2 was its speed, but the grounds on which the project is primarily argued to be necessary have changed. The benefit of HS2 is now primarily said to be the delivery of extra capacity on the railways, but there has been no substantial review of the route since that change. I would argue that there should be such a review and that a fundamental change should be made. I have argued consistently that high speed rail lines would be better delivered along existing transport corridors, road or rail, of which there are several leading North from London. The impact of HS2 on areas already affected by a transport link must be less than on an area where no such line currently exists. It would be possible to pass through less open countryside, some of which has protected status, and avoid valuable farmland, while still enabling lower journey times and providing the same uplift in capacity for the rail network. That is a balance closer to the current case made for HS2. Such alternative routes have of course been considered, for example the original Arup proposal, or a route following the M1 and M6, but they have previously been rejected because they did not meet the then pre-eminent requirement for greatest speed. They should now be reconsidered. The delay involved in doing so must be considered in the light of the considerable delay in the project recently announced in any event.

In considering the economic case for HS2, this review must logically balance its costs with its benefits. One of the significant costs of the project is that of compensating land and property owners who have suffered, and will continue to suffer, financial loss as a result of their proximity to the line. A revised and more generous compensation scheme, or even greater than expected expenditure under existing compensation schemes, would affect the costs of the project and therefore the cost/benefit ratio. Compensation is therefore a legitimate concern of this review and I would suggest there is a further reason why this is so. The policy argument for HS2 is about national strategic benefit, but such national benefit surely does not eclipse entirely the need to be fair to those who find themselves, through no fault or choice of their own, adversely affected by an infrastructure development from which they will gain no individual advantage. For that reason also I would argue that the adequacy of current compensation arrangements should be considered as part of this review.

The acceptance that reliance on the 1973 Land Compensation Act, whose provisions would only take effect 12 months after the railway started operating, was plainly insufficient came early and was entirely right. Since then, various schemes for compensation have been developed to assist those affected by HS2. They range from accelerations and simplifications of the purchasing process for properties within the safeguarding zone, to cash payments for those deciding to remain in their properties, to the Exceptional Hardship Scheme (EHS) and its successor the Need to Sell Scheme (NTS), which were designed to help those who want to move but whose property value is blighted by HS2. It is about the latter I have most concerns and on which I invite the Panel to focus.

The first point to make is that the blight caused by HS2 is real, spreads further from the line than might originally have been expected, and is irrespective of whether, when the line is operational, substantial negative effects will in fact be felt by those who occupy the property in question. Blight at this stage is about fear and expectation, not about the eventual experience of a railway whose operational reality will not be felt for years. HS2 blight is stunting the natural operation of the property market considerably more than the 240 metres away from the line which is the limit of compensation measures other than the NTS scheme.

Secondly, the Need to Sell scheme, although, I believe, an improvement on the EHS scheme, falls short that of the fundamental principle that should surely guide the approach to compensation here, namely that those adversely affected by HS2 should be put into the same position they would have been in if it had not affected them. Those unaffected by HS2 can choose to sell their property at any time, for any reason, at the market rate. Those affected by HS2 cannot, and the NTS scheme only gives them that capability to sell at the market rate if they can prove that they need to sell, not simply that they want to. They are not therefore placed by the NTS scheme in the position they would have been if HS2 had not affected them. In addition, the way the NTS scheme operates means that any offer received within 15% of the asking price must in effect be accepted, or there is no eligibility under the scheme for full compensation. Although that is a provision designed to replicate the market’s circumstances, it does not reflect the reality in all cases of HS2 – unaffected sales in desirable areas where housing supply is limited.

Preferable in my view is the Property Bond approach, which I invite the Panel to consider.  I would argue that it would give owners of property affected by HS2 considerable reassurance that they can make choices about their properties as others can, with purchasers of such properties having similar reassurance that the Government will act as a subsequent buyer of last resort. This is most likely to facilitate the normal operation of the property market where there has been little normality for many years. It is also more likely to avoid the scenario at the root of much resistance to improved compensation, namely that all affected owners will chose to sell up at once, placing a simultaneous burden on the taxpayer. With the assurance that they will be able to recover the full cost of their property at any time up to the opening of HS2, owners are more likely to only sell when their own circumstances require it, not in fear of HS2’s blight. I suggest that after several years of the existing compensation schemes’ operation, the time has come to review and to improve or replace them.

I remain of the view that there is a case for a high-speed rail network as part of strategic transport policy. I also believe however that it is in a network that the strength of that case is to be found, not in a single line, and indeed that connecting that network to high speed rail networks in other European countries through the Channel Tunnel would be desirable, as well as extending its reach as far as possible within the United Kingdom.

But if high speed rail is to be delivered, it should be delivered well. It will be an infrastructure project of unprecedented modern scale and we should take the opportunity to set a new benchmark for how good infrastructure projects ought to be delivered. To me, that means better information on the project than has been  managed so far to those affected by it and attention to higher standards of construction practice, both of which are beyond the remit of this review, and the best possible route and the best possible compensation for those who will lose from it, both of which I submit are within the review’s remit and on which I hope the review will feel able to make radical recommendations for improvement.