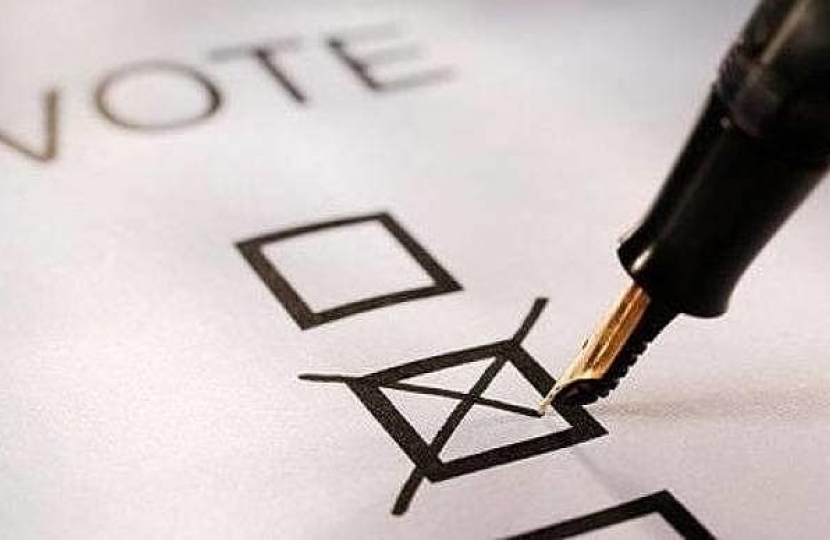 It is a huge honour to represent in Parliament the place where you live, and the voters of the Kenilworth and Southam constituency have given me that honour once again.  I expect that for every candidate, win or lose, the most prevalent feeling on hearing the number of votes cast for you is one of deep humility.  I am sure that was true of the four dedicated and decent men who were candidates for the other parties and with whom I had the privilege of sharing the campaign trail.

For a winning candidate there is an additional sense of great responsibility.  Thousands of people have put their trust in you and I felt that strongly in the middle of the night, after the polling stations  had closed and the ballot papers were being counted.  But of course that wasn’t all I felt.   This General Election has delivered a result hardly anyone expected and, as a Conservative, certainly not the one I had hoped for.  The electorate reminded us again, in line with 18 months of electoral surprises around the world, that anyone who thinks they know the outcome of a democratic election these days is likely to be made to look foolish.

Politics can also be cruel as well as surprising.  In the neighbouring constituency of Warwick and Leamington, my former colleague Chris White lost a seat he had held with great commitment and energy for the last 7 years and his life changed overnight.  Then, because the new Parliament did not deliver an overall majority to anyone, the forming of a Government is a more complicated task.  I would not deny that the Conservative Party fell short of expectations in this election, but that is a different question to whether it has the right to govern.  In our system that depends on who has, or who can assemble, a majority.  My party has fallen 8 seats short of being able to do so alone.  Other parties fell much further short.  That means, under our system, a deal has to be done.  The United Kingdom needs a government.  That could mean a Coalition as it did in 2010, or it could mean a looser arrangement.  It rarely means agreeing with everything the party you partner with thinks or says.  It does mean finding a way to work together, because that is what the electorate has told us to do.

In forming a Government, the numbers matter and the same is true of examining what has happened in each constituency.  Sometimes the numbers paint an apparently contradictory picture – the consolidation of votes for the Conservatives and Labour meant that my vote went up but my majority came down by an almost equivalent amount.  There are many other figures that will receive enthusiastic scrutiny from analysists for months to come, but the figure I want to focus on finally is 77.4%.  That is the percentage of those entitled to vote in Kenilworth and Southam who did so, a figure substantially higher than the national average.

The first duty of any candidate is to motivate the electorate to take part in the election.  All of us who were candidates in this seat will be proud of our own figures to varying degrees.  We should all be proud of that one.