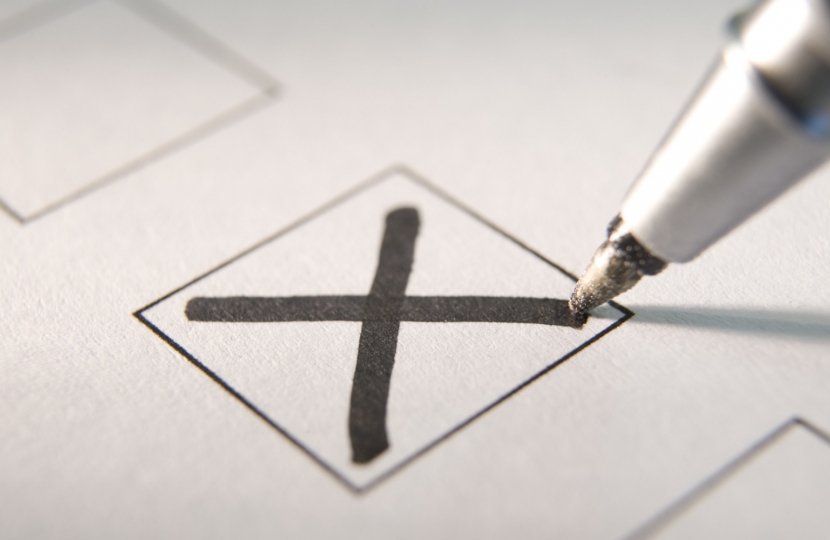 On 23rd June, the people of the United Kingdom will be making the most significant political decision most of us will ever make – whether we should remain within the European Union or leave it. It is a decision which will affect our nation’s place in the world, its prosperity and its future for many years to come and none of us should take it lightly. I have reached my conclusion after a great deal of thought and, frankly, it could have gone either way.

I feel immense frustration at the seemingly endless, often pointless regulations that flow from Brussels, I resent the expansionist tendencies of the European Court and I disagree profoundly with the pursuit of a United States of Europe.

Much in the European Union today is bad and if we were being offered a choice between the status quo and leaving, I would choose to leave. I have never believed our membership of the European Union should be based on shared destiny, but rather on hard-headed national interest. At the point at which EU membership is no longer benefitting Britain, I would say we should go. So my decision on June 23rd depends on the answer to two questions:

1. Is the deal the Prime Minister did in Brussels on 19th February better than the status quo? And,
2. If so, is continued membership of the EU on those revised terms, on balance, in the UK’s best interests?

On the first question, the deal is not perfect. It does not do all I would wish for, but every negotiation requires compromise and compromise, by definition, means less than you would wish for. The real test is, does it put the UK in a better position? I believe it does. It strengthens the hand of countries, like us, who do not want to be part of the Euro currency, to demand equality with those countries who do. Crucially in my view, in terms of the EU’s direction of travel, it not only extracts the UK from participation in ‘ever closer Union’ but also redefines that concept so that it can no longer be used as an easy justification for the onward march of federalism.

Given the importance of this agreement in interpreting the EU Treaties, this is a significant help to the UK in resisting European decisions and court judgments we don’t want. The deal gives us more scope to restrict benefits for EU workers who have not paid into the benefits pot, in addition to benefit reductions we are already making for EU citizens in the UK who are not working. That is right, it is fair, and I believe it will have an effect on the number of EU migrants who seek to come here. Of course it is true that leaving the EU would give us much greater control of these things and it is true too that leaving the EU would mean we don’t have to comply with any EU laws we don’t want to, but that takes me to the second question I asked earlier.

EU membership has costs, but it also has benefits, so which is greater? As I said, I think the deal the Prime Minister has done tilts the balance in the right direction, but it doesn’t answer the question. We also have to consider the intra-EU cooperation on security and crime. We have to consider whether the UK alone with tens of millions of consumers could negotiate trade deals as favourable as the EU, with hundreds of millions of consumers, with countries and trading blocs around the world.

We have to consider too not just the net cost of direct payment into and benefit received from the EU budget, but also the overseas investment that comes into the UK at least partly because of its membership of the European Union. For example, a large proportion of the employment in my constituency is provided by Jaguar Land Rover (JLR) and its supply chain. JLR is a global company, no longer British owned – it can invest where it likes.

I would like to think that JLR would continue to build factories and employ designers in a UK outside the EU – we would continue I am sure to offer favourable tax rates and high skills, but I am reluctant to give up another advantage – access to a large market without tariffs, that the UK in the EU can offer JLR as it makes often marginal calls on future investment. The decision on June 23rd is not just about theoretical political principles, it is about real family incomes.

Those who say our relationships beyond Europe matter are surely right. But the United Kingdom has held its permanent seat on the United Nations Security Council, has retained its strong connections with the Commonwealth and its partnership with the Unites States, as well as our participation in NATO, all while a member of the European Union, and few in any of those other relationships are advising us to leave the EU.

For all these reasons, I have concluded that, on balance, the right decision is to remain in the EU which, by the way, we should continue to work to reform. Others will come to different conclusions but the great thing about this referendum, which has been so long in coming, is that everybody’s vote counts the same – this is not a decision just for politicians, but for all of us.